I can not believe that we are already in week 6! What?!

I’m still coming off the high that is a Green Bay win and a week of Lions and Bears losses. Ah. I really don’t want to go into next week. I want to bask in the glory of it all cause you  know it ain’t gonna be pretty like that every week. Ask the Falcons (come on guys? Why couldn’t you just beat the Giants!). The Browns want week 5 to live on forever as well, as they had the best 25 point comeback ever. What about semi-pro hair model Brady, who showed the world he wasn’t done yet. Well, that’s what week 6 is for. To take winners and make them losers, and losers and make them winners. Well, everyone except the Jaguars and the Raiders, they are just losers and I feel bad for them. Seriously. Real bad.

Here are the games that peak my interest…

Steelers  (3-2) at Browns (2-2) I love to root for the underdog, and boy, have the Browns been the worst of the worst for so long. I know nothing about these two teams. They are in the AFC and I really don’t start watching any AFC teams until about week 14, so there is a ways to go. I do like that Hoyer beat out Manziel and that Mike Tomlin is the coach of the Steelers. I do like him. I, in fact think he is sooooo cute, but that’s not supposed to be a part of the equation. Yet, it’s a fact.

This is a divisional game with a Browns team with momentum. That is reason enough to watch, even for this NFC girl.

Patriots (3-2) at Bills(3-2) I know people hate Brady because he was part of the Patriots dynasty, but, yo that was a longggggg time ago. People who watch the game now probably didn’t watch Brady when he was part of the dynasty. I will say this, the man deserves respect. Coach creepazoid should not have benched his ass. Not cool dude! Plus, remember how Gisele went all she-woman protecting her man after the loss to the Giants in Super Bowl 2012? Well, I can only imagine the Brazilian swear words that came out of her mouth when Mr. Darcy got benched.

Divisional game. I like it. We shall see if the Patriots have remedied their offensive line issues or if last week was all a daydream.

Bears (2-3) at Falcons (2-3) This game is awesome. Both of these teams should be way better off than they are. The Bears on paper look good. Two great receivers, a beast in Forte, I mean, come on, right? Wrong. Last week against the Panthers, Jay Cutler threw 2 interceptions and fumbled the ball once. My God, man, get it together. Forte fumbled, so that was bad. Even the kicker was having a bad day as Gould was 1/2. This all was enough to cost the team the game. Another thing to note, Chicago again did not score in the 4th quarter.

Atlanta lost to the NYG last week, which was just heartbreaking. This team is all over the place. Their wins are against a now known crappy Saints team and a monstrous win against the Buccaneers, but their losses might be even more impressive. Losing to the Vikings is not something that you want anyone to know about. Nor is losing to the Giants. A loss to the Bengals isn’t something a team should be embarrassed about, they are a good team. I want to know if this team can pull it together. I WANT them to pull it together.

I also want the Falcons to beat the Bears, because, well, that’s just good for my GBP. If I could make one more request it would be to get the ball more to Roddy White, it may help the Falcons win the game, as he only had 2 receptions for a measly 26 yards in the game against the NYG, but, also, he is on my fantasy team and we need all the help we can get.

Giants (3-2) at Eagles (4-1) No one can decide if the Giants have turned their season around and they have remedied their problems or if the Eagles are really not as good as everyone thought, the cracks in the armor showing and what not. This divisional game should answer some questions. It will be interesting to see Manning face against the Eagles.

The Eagles only loss comes from their game against the Niners when they deeply disappointed me by losing that game. The wins are a bit suspect, playing against Washington, St Louis, and Jacksonville. A win against Indy is a good sign, but we shall see what the Eagles do against more competitive teams.

If you hate the Cowboys like I do, it will be sooo much fun to watch the Cowboys (4-1) lose in spectacular fashion in Seattle (3-1). How in the world are the Cowboys 4-1?? Ugh.

Side note: Prater will be signed as the Lions kicker. My brother has already told me we are picking him up. God help us. 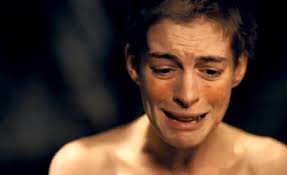 It’s also a little bit like this for me too …

** This football blog has been made possible to write thanks to two coupons, GoDaddy coupon 149scott and Petco coupons. Get your own blog with GoDaddy and buy something nice for your pooch with Petco.