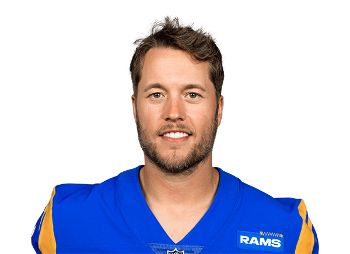 First let me say I don’t know what is going on in a world where the Packers and the Bears are 0-1 and the Vikings and the Lions are 1-0.

This world is topsy-turvy.

Week 2 is a little early in the season to decide what “big” games to watch. It’s still anyone’s season, no matter what they tell you. However, some are still very intriguing.

What games should you keep your eye on for week 2 of the NFL?

The Dolphins had a pretty disappointing year last year. Not only did they go 8-8, but they had a huge scandal with Incognito. Week 2 will be a chance to show whether or not the win was a fluke. However, they do play the Bills, who are also in the AFC East division. If Miami comes out of this game with a 2-0 record overall and a 2-0 record in the division, that my friends is a very dynamic way to start off the season.

The Bills went 6-10 last season. The Patriots went 12-4. This AFC East division was all pretty even, save for the Patriots. That was an easy division champ win for the Patriots last year. The question after this game will be on if the Patriots will be challenged by their in-division opponents of the Jets, Dolphins, and Bills, or if, could it be, the Patriots aren’t that good this year?

I personally would never, ever count out Brady and Belichick.

Miami key players for those who don’t watch this division.

Of note,  EJ Manuel was drafted in the first round in 2013. He played college ball at FSU. On October 3rd against the Cleveland Browns, Manuel sprained his LCL. He missed 5 games of the season.

The rest of the games are kind of random now that I am looking at it. There are only 3 division games. Chiefs at Broncos and Steelers at Ravens. In fact, 8 games this week are AFC teams against NFC teams. Huh. I wonder why it’s like that?

I guess then teams I will keep an eye out for will be:

Has Jacksonville improved this year? They put the Eagles on their toes. How will the Jags fair against the Redskins? Pretty good I must imagine.

Cowboys. Wow. I will be keeping my eye on this game against the Titans as to see how Tony Romo will fair against a defense that isn’t as good as the Niners. This game will see if he and the rest of his offense are really just that bad, or if it was mostly due to the Niners.

Patriots at Vikings. I’ll really be keeping my eye on this game as the Vikings stomped all over the Rams in week one. However, simmer down Vikings fans. You beat the Rams without Sam Bradford. Let’s see how you do against the Pats before you try and claim the NFC North division title.

ESPN reports Cam Newton will play against the Lions

Lions at Panthers. Lions looked improved in their opener. Pudgy-bunny Matt Stafford lost some weight, gained an actual secondary receiver in Golden Tate, and looked to be more mobile. I’m a bit worried. However, they did play against the New York Football Giants, so again, simmer down. However, I reiterate, the Lions did look like they made actual improvements to the team, not just a lucky win.

Jets at Packers. Obviously I will be watching this one. Things I will be watching is how does Boykin do as a third receiver when he isn’t hanging out with Richard Sherman. Also, fuck Dom Capers and get your defense the fuck together. Stop a run. You will be facing this Jets offense. Get it the fuck together. As opposed to the Lions in our division, we did not look like we made any improvements to the things that plagued us last year. What was most annoying is it is the same stuff that plagued us the year before. Remember? We couldn’t seem to stop Kid-Kap and his running? Well, we can’t stop anyone on the run for the last few years and we haven’t made any real improvements to that.  Kaepernick, Lynch, Turner, Peterson … enjoy!

Chicago at Niners. Ah, two hated teams. I will be rooting for the Niners to trounce all over the Bears.

This blog is made possible thanks to GoDaddy coupon 149scott and our Petco coupons. Click the links to get your savings today.